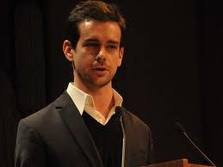 Jack Dorsey was on The Charlie Rose Show talking about the future of Twitter and Square; two of his teams' creations. It'll be free to get the smart phone plugin, then there'll be a fee of 2.75% and that's it! 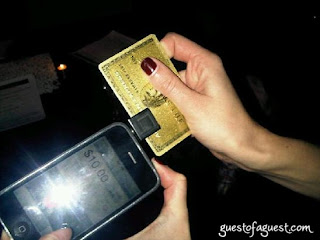 The complexity with computer banking gone!
As is usually the case with ideas that seem too simple, I over think them and am concerned about the "what ifs" as far as security and "there's gotta be more to it." The simplicity is the result of extreme complexity ruled by organized programming; Jack Dorsey's specialty and passion, by the sound of it. Twitter was borne of the same passion to organize complexity into simplicity. Charlie asked Jack to give an example of what he meant about simplifying complexity. Jack said that he liked to think about the complexity of a city, such as New York. There are thousands of activities all over the city which, with the help of a GPS in a smartphone could be mapped in realtime. I'm afraid that the significance of that statement is a little vague to me, but then I thought about the beautiful 3 D statistical maps lining the walls of the computer room at a University I attended ten years ago and realized that now these are a realtime proposition! What a tool!
Ah yes. I'm reminded of the special company lecture I went to a decade or more ago where a Nobel Prize Winner for Superconductivity was describing how it worked and it sounded so simple when he said it. I had complete confidence I could relay that information to my friends, but found out that I really only retained a smidgeon of the data and it sounded like hogwash when I grappled for context. Without a doubt, Tony Rose was asking questions of a genius who thinks in a plane invisible to me, I'm afraid. But I'll willingly use the products!
Posted by jonp at 9:33 PM